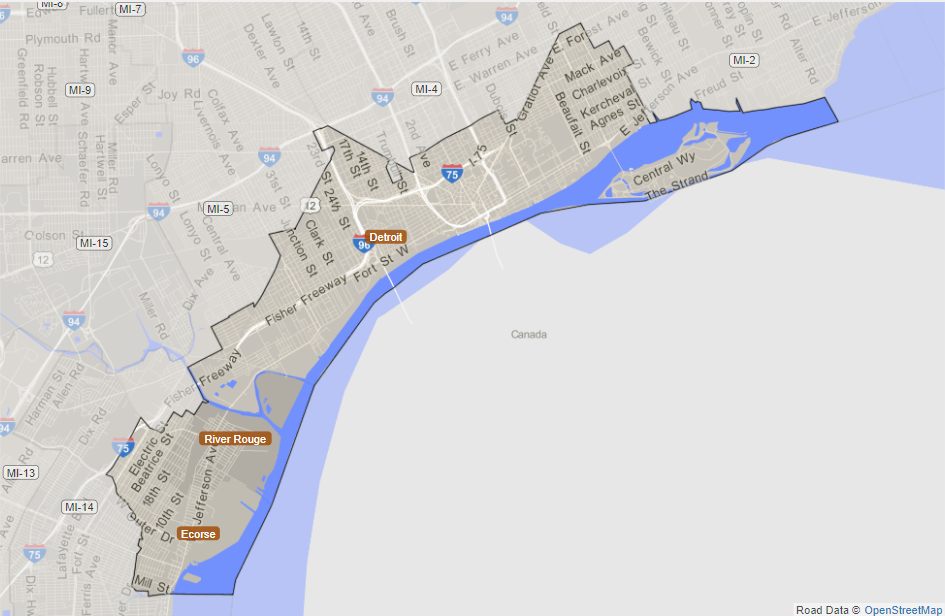 The district was drawn in 2011, after the results of the 2010 census and is located within Wayne County. Each State House district has roughly 90,000 inhabitants, and there are 110 total districts in Michigan.

Our district includes parts of the City of Detroit, as well as the entire communities of River Rouge and Ecorse.

For those in Detroit, the district includes parts of the East Side,  including the Villages neighborhoods and Lafayette Park, Downtown, Brush Park, Corktown and North Corktown, Mexicantown and Southwest Detroit.

The exact definition from the State is: